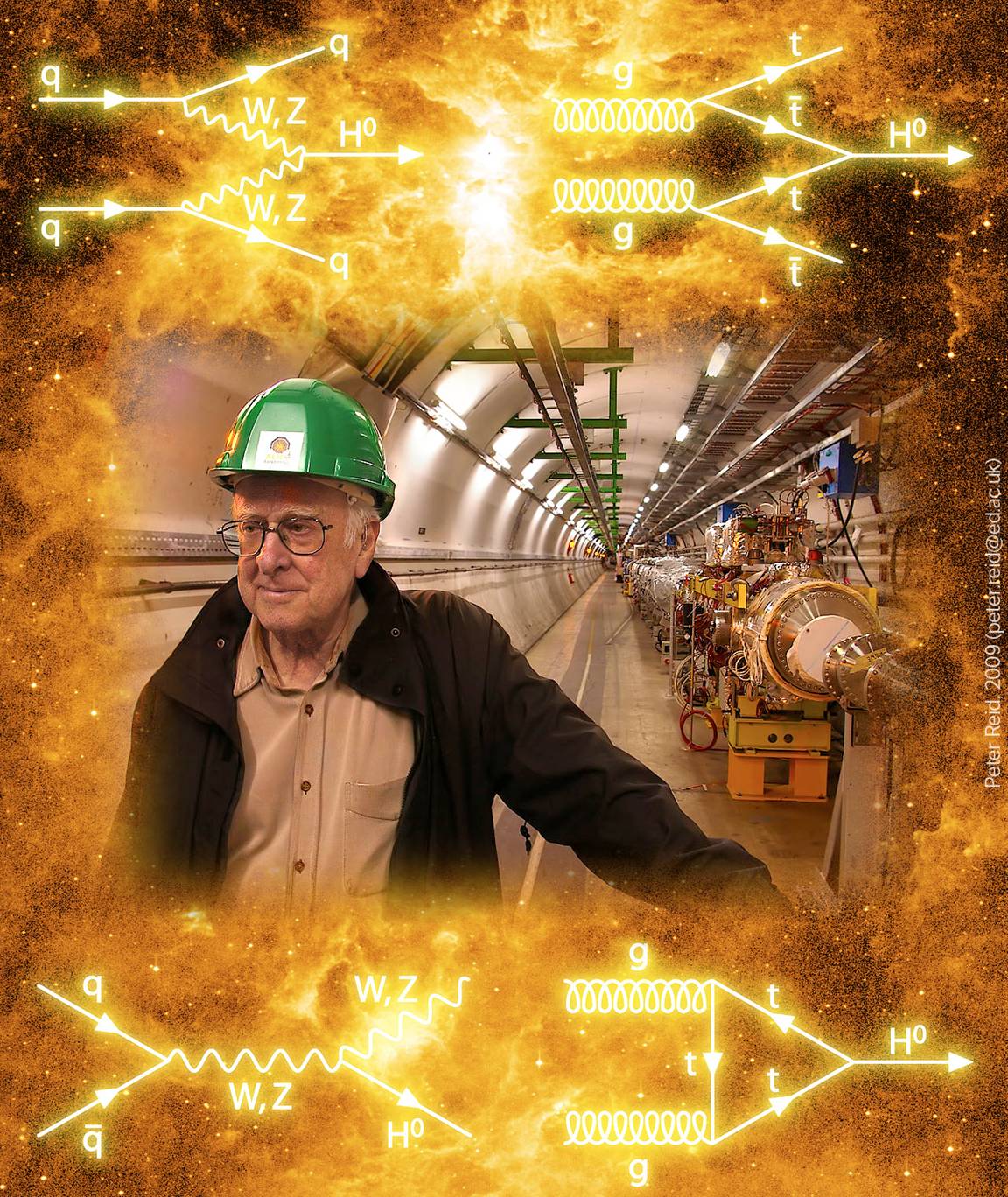 In the Augustine United Church
41 George IV Bridge
Edinburgh, EH1 1EL
On Monday 21st November 2011, at 7pm
(Please note the date. This event had previously been scheduled for 14th November)

The search for the Higgs boson has gone on for many years. After the Large Electron Positron (LEP) collider shut down a lower limit on its mass was established. As the Tevatron at Fermilab collected data and found the top quark an upper limit on its mass was established. There is now a window on the mass of the Higgs boson and it is firmly believed that the Large Hadron Collider (LHC) will find or rule out the Higgs boson by the end of 2012. The performance of the machine is such that this may be brought forward as early as the end of 2011. We will have to wait and see! Before the first switch on of LHC on September 8 2008 Alan set up a Google Alert for news items on the Internet mentioning 'Higgs boson'. With Leon Lederman dubbing the boson the 'God Particle' this has thrown up many articles from all around the world and from almost any quarter of opinion. Alan will attempt to explain the importance of the Higgs mechanism for the Standard Model of Particles and Interactions and to explore the media coverage that ranges from well informed or just wrong to bizarre and even ridiculous.

Alan Walker was appointed to a permanent lectureship at the Tait Institute of Mathematical Physics in the University of Edinburgh in October 1969 and enjoyed 40 years at the University of Edinburgh lecturing in physics and during that time received many grants for public engagement in particle physics. For many years he has been Director of the Particle Physics for Scottish Schools (PP4SS) project. On retirement in September 2009 Alan was appointed an Honorary Fellow to continue this work. It has been Alan's great pleasure to be a close colleague of Peter Higgs throughout that time and to work closely with him after his retirement in managing the intense media interest surrounding his work and the search for the Higgs Boson.