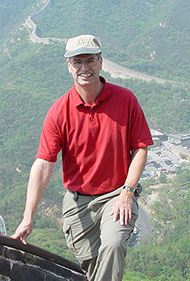 Sea Dragons, Dinosaurs and the Origin of the Modern World

The Age of Dinosaur began approximately 230 years ago in the Triassic period. But for many palaeontologists this period also marks the Birth of the Modern World since many of the major groups of living terrestrial animals first appeared at this time. The Triassic was therefore a strange melting pot of bizarre "Heath Robinson"-type animals and more conventional forms. This talk will explore this fascinating period in the history of life on earth. It will look at new finds from China that are further changing our perceptions of this crossroads in the evolution of terrestrial life.

More about Dr Fraser and his work on the NMS website

Complimentary tea, coffee and biscuits are served from about 6:40pm onwards before the meeting.