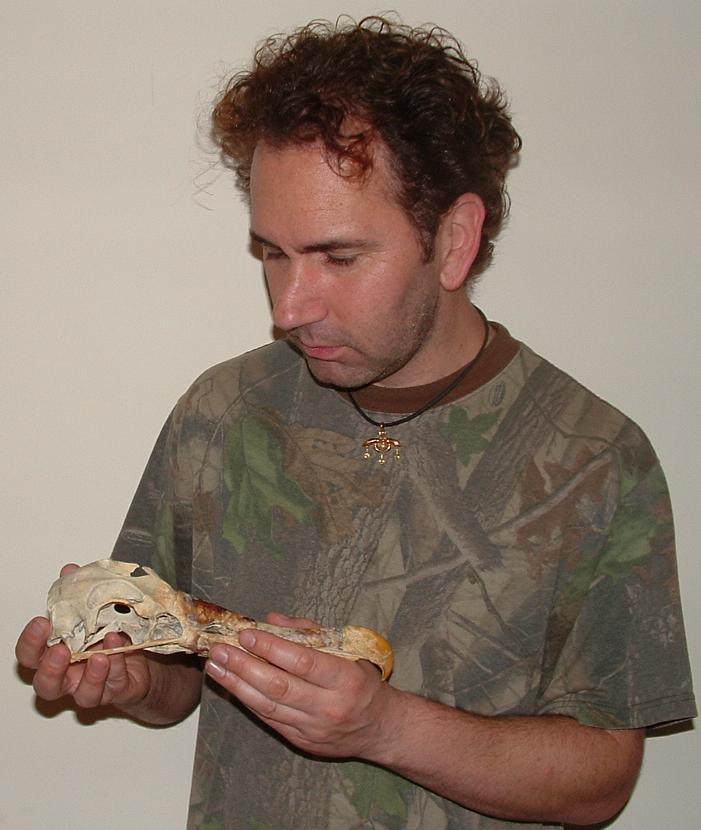 Evolution of the bird brain in a (empty) nutshell

Birds receive bad press about their brain size, yet avian intelligence actually exceeds that of many mammals. Bird brains are enlarged compared with those of their dinosaur ancestors, and as much of this expansion occurred in the forebrain and cerebellum it has traditionally been assumed to relate to the evolution of flight. Brains do not fossilise, but the internal surface of the brain cavity records the external shape of the brain in extinct birds and dinosaurs. Using X-ray micro-CT methods we can now determine brain shape in most fossilised bird skulls, and this talk will reveal what recent research has discovered about how the avian brain evolved.

Dr Stig Walsh is Senior Curator of Vertebrate Palaeobiology at National Museums Scotland. He previously worked at the Natural History Museum in London on a variety of research projects, and as an X-ray tomographer. His research investigates the evolution of the central nervous system in fossil animals, a branch of palaeontology called 'palaeoneurology'. Stig's research uses X-ray micro computed tomographic analysis to peer inside fossil skulls to reconstruct the external shape of the brain. He is specifically interested in determining how the brain and senses of modern birds have evolved from their theropod dinosaur ancestors.