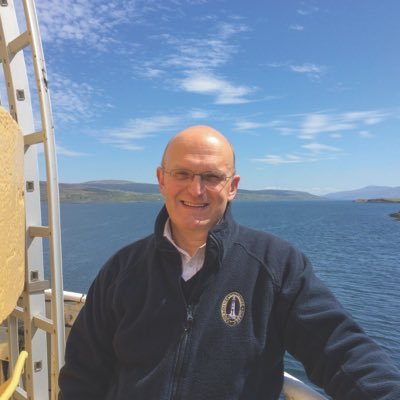 The Northern Lighthouse Board (NLB) has been providing Marine Aids to Navigation in Scottish and Manx waters for over two centuries, protecting lives, property and the environment. The presentation aims to set out the governance, role and function of the modern service while paying due regard to the organisation's origins and heritage.

Mike Bullock joined NLB in April 2014 as Chief Executive after 34 years' service in the Royal Navy. He served in six ships and submarines. His shore appointments included the British Defence Staff Washington DC, NATO Headquarters in Northwood London, Ministry of Defence Whitehall and as a liaison officer embedded with the US Joint Staff in the Pentagon. His final appointment was in Navy Command Headquarters, Portsmouth where he had responsibility for Logistics and Infrastructure for the Royal Navy, Royal Marines and Royal Fleet Auxiliary. He is a graduate of the Royal College of Defence Studies.