Natural Justice and a sense of place: how soil can be used as intelligence and evidence 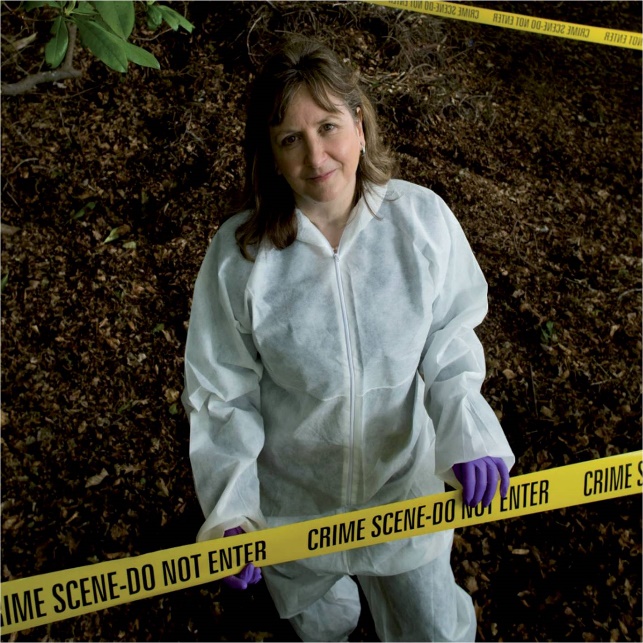 Forensic soil science is an increasingly important discipline, involving soils, minerals, dusts, plants and rock fragments to determine provenance and to provide a chronology of their ownership, custody or location. Soil materials have been used as forensic trace evidence for many years, even in Roman times, and are often highly distinctive from one region to another. Such traces are extremely useful in a forensic context, because of their environmental specificity; their high levels of transferability; their ability to persist on items such as clothing, footwear, tools and vehicles; and their high levels of preservation after long periods of time. This resilience makes soil and vegetation trace materials, frequently present at crime scenes and forensic exhibits, highly valuable forms of intelligence and evidence that can aid crime investigations and reconstructions.

Significant advances in forensic ecology over the past decade, in the development of analytical approaches, miniaturisation and also in understanding the behaviour, transfer, persistence and preservation of sediments, soils and plant material which has widened their applicability. Evidence samples (unknown, questioned samples) can be analysed using a broad range of complementary methods that address their physical, chemical and biological components with greater precision, speed and accuracy than ever before. This now permits samples of 20 milligrams to be accurately characterised, and permits forensic soil science to contribute to cold case investigations, both in providing intelligence and evidence in court. Examples will be presented of case work where soil has played a pivotal role.

The importance of communication of forensic science to the general public is important, in particular within the adversarial systems of justice, where juries in court are the triers of fact. In an attempt to inform the public, I have been working with TV and through print media to show the correct methodology, where methods can be used as well as understanding and explaining the potential limitations of methods. Authors create a sense of place, with soil and vegetation providing clues of where in the landscape a crime may have been committed.

The talk will cover both examples from real case work and from fiction where evidence from the earth has been of importance in helping to solve the crime and to bring about natural justice.

Lorna Dawson graduated BSc in Geography, Edinburgh and PhD in Soil Science, Aberdeen. Currently Principal Scientist and Head of Forensic Soil Science at the James Hutton Institute, Visiting Professor at RGU, Chartered Scientist, Fellow of the Institute of British Soil Scientists, Fellow of the Royal Society of Edinburgh, and Fellow of the Royal Society of Arts. Advisor with the National Crime Agency, Expert Witness, holding diplomas in civil and criminal law, she has worked on over 150 cases with police, agencies, & lawyers across the UK and overseas. She has published over 100 scientific papers, books and book chapters and holds a diploma in Science Communication. She is Science Advisor and KE Lead for the Environment for SEFARI (Scottish Environment Food Agriculture Research Institutes) and sits on the Environment Protection Scotland Land Quality Expert Advisory Group. She authored the RSA Scotland FFCC report, is co-lead in the Food, Farming and Countryside (FFCC) current devolved Scotland inquiry and contributed to the Scottish Government Farmer Led Arable Climate Change Group report, 2021.